If you have any question or comments please email Dr. Wang（jason@1mi1.cn）or Bill （support@1mi1.cn) 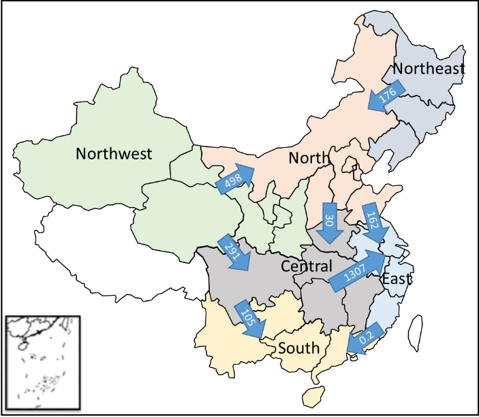 12.The update of China’s electricity data in Ecoinvent database (China regionalized) is demonstrated in Figure 2. 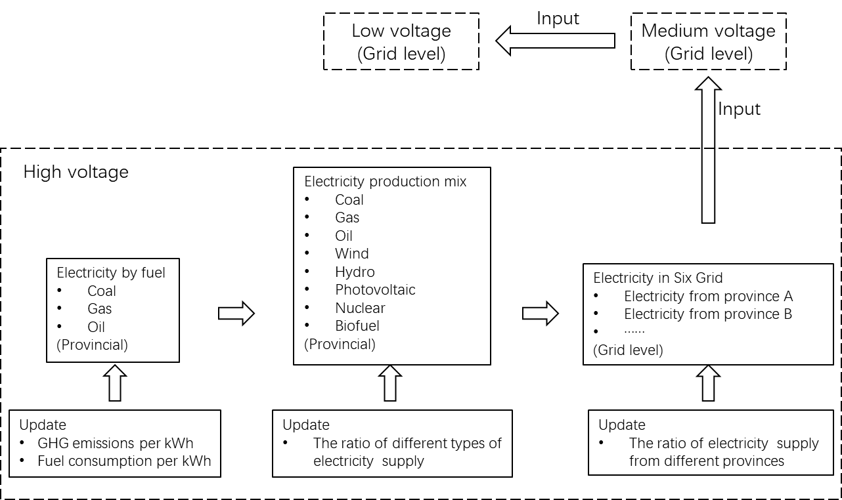 In all the three types of environmental impact, Northeast China Grid is the highest among Six Grids. And 1.32 kgCO2eq is emitted for 1kWh electricity supply in this Grid.

Central China Grid and South China Grid have the least environmental impacts, only emit about half of CO2 equivalent per kwh than Northeast China Grid.

1. In this update. We use the assumption that the power plant's internal electricity consumption ratio is identical for coal, gas and oil-fueled electricity in each province by adopting the ratio of coal-fired power plants in the provinces as default. In reality, the ratio is different for the three types of electricity. When detailed data is available, a more accurate estimation can be done. In addition, the internal consumption ratio for Ningxia Province is missing, we use China national average ratio to substitute the missing index;

3. The internal electricity consumption ratio for hydropower electricity is missing for Tianjin, Shanghai, and Ningxia, we use China's national average figure for these three regions. For the other types of renewable energy-based electricity, we use the ratio from a representative case study. The ratio for wind power is 4.22%, photovoltaic power 4.00%, solar thermal electric power 10.00%, and nuclear power 6.71%.